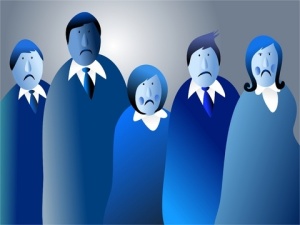 audie61 and crew sat down for a brainstorming and breakfast meeting sipping and enjoying the aroma of the cheapest  80cents “Kopi-susu” in the city.

Are we going to write on the SPDP Separatists 5 ,Hulu Selangor or Sibu by elections today.? Too much politics….  we agreed yeah,yeah,yeah and Natasha said she received this email from a friend. She asked us Does anyone “Remember not too long ago some politicians argued about not giving their votes they will not enter HEAVEN…??”

Joey said ,”Is that so and we have to dig up our files to look for that statement but with Monday Blues upon us the easy way out is to upload this.

Nothing Serious/Malicious but worth your while for a good read…….….

BY A CHEMISTRY STUDENT

The following is an actual question given on a  University   of Arizona   chemistry mid term, and an actual answer turned in by a student.

The answer by one student was so ‘profound’ that the professor shared it with colleagues, via the Internet, which is, of course, why we now have the pleasure of enjoying it as well :

Most of the students wrote proofs of their beliefs using Boyle’s Law (gas cools when it expands and heats when it is compressed) or some variant.

One student, however, wrote the following:

First, we need to know how the mass of Hell is changing in time. So we need to know the rate at which souls are moving into Hell and the rate at which they are leaving, which is unlikely.. I think that we can safely assume that once a soul gets to Hell, it will not leave. Therefore, no souls are leaving. As for how many souls are entering Hell, let’s look at the different religions that exist in the world today.

Most of these religions state that if you are not a member of their religion, you will go to Hell. Since there is more than one of these religions and since people do not belong to more than one religion, we can project that all souls go to Hell. With birth and death rates as they are, we can expect the number of souls in Hell to increase exponentially. Now, we look at the rate of change of the volume in Hell because Boyle’s Law states that in order for the temperature and pressure in Hell to stay the same, the volume of Hell has to expand proportionately as souls are added.

This gives two possibilities:
1. If Hell is expanding at a slower rate than the rate at which souls enter Hell, then the temperature and pressure in Hell will increase until all Hell breaks loose.

2. If Hell is expanding at a rate faster than the increase of souls in Hell, then the temperature and pressure will drop until Hell freezes over.

So which is it?

If we accept the postulate given to me by Teresa during my Freshman year that, ‘It will be a cold day in Hell before I sleep with you,’ and take into account the fact that I slept with her last night, then number two must be true, and thus I am sure that Hell is exothermic and has already frozen over. The corollary of this theory is that since Hell has frozen over, it follows that it is not accepting any more souls and is therefore, extinct….. ….leaving only Heaven, thereby proving the existence of a divine being which explains why, last night, Teresa kept shouting ‘Oh my God.’

THIS STUDENT RECEIVED AN A+.