I.M.O.– In my opinion and nobody’s I would imagine this scenario.Dato Sng Chee Hua must have thrown out a tantrum and at worse cursed so many times that its bests to avoid him. A person who is kind at heart at the bests of times.

However  Senior Sng has a way in pushing his ideas and thoughts across and one would not be able to know what hit him. This Borneo Posts article,”Time to fill vacant assistant minister posts:Masing” would not exactly make his food go down well in his early breakfast. Wouldn’t you be ANGRY as a Parent like Senior Sng when you see this column…

Whats more James is using the cover of the CM to push his political statement through with saying this,” he agreed with Chief Minister’s recent statement that the next cabinet reshuffle would be to prepare BN to face the next election. He said this to reporters that it was crucial for BN to gain the support of the people and to use the resources available by filling the vacant assistant minister’s posts.

Many PRS members and sympathisers have their own version of James Masings statements and we compile what has been said in the market talk in Sarawak eventhough today sees the DUN Manek Urai by elections in Kelantan.

Many senior PRS members were tight lipped as they were reminded that there is a“gag’ order in place and that disciplinary actions will be taken by the party. Of course some former  PBDS members were just clapping their hands as it seems that James suddenly has got the LION HEART and telling the BOSS indirectly through the mass media. Doesn’t this even lenghten the already strained realtionship?

Some political observers are likening this situation very much like what PBS did to Tun Mahathir in the eleventh hour. There is just that  possibility as many have not forgotten how Taib and Tun embrace each other which many political figures were angered by this Sandiwara. It will not be a surprise if it REALLY HAPPENS.

That is also one of the many reasons that CM sees the need for a merger of SPDP/PRS and it will be better controlled. The window doesn’t just close there. There is a lot of dissatisfaction amongst PRS members in being overlooked in certain GLC positions and other business opportunities. CM and his advisors are closely monitoring the situation and does not need PRS to create more problems as the State prepares to face DAP/PAS/PKR/SNAP opposition parties.

Of course James needs to weigh his options well as he is not getting any younger and at 60 it might  just be the perfect time in politics to go for BROKE. In 1983 when he first joined Politics he was a fresh face and now 26 years later being overlooked and considered a dayak leader he has every chance to move ahead. He also knows that getting Senior Sng hot at the collar will in fact push his political ambitions a step further. In other words its just bluntly put,”Don’t think I am afraid of the CM Taib..?” A lot of dayak people wished he has the guts to say that and JUST maybe be on his side. You know what they say when the leader is beaten all the soldiers will run helter- skelter.

We say as always,”There will be a lot of soul searching for PAS in Manek Urai after securing a tissue thin majority of 65 and BN will be questioning what could have been too? James has open up the PANDORA Box and he would have ANTICIPATED that Senior Sng will not let him go of the HOOK so easily. 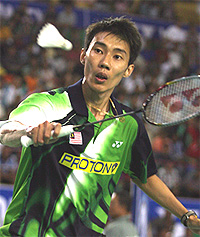 Malaysia’s gold medal will still have to wait for London in the year 2012. Lin Dan world no 1 just showed his master class and provided flawless badminton. World No.2 Chong Wei felt the pressure on his shoulders to provide Malaysia with the GOLD medal and it seems that his normal game suffered.

Malaysiakini carried this report http://www.malaysiakini.com/news/87918 headlined:Can Chong Wei  deliver first gold..?  I am slighty disappointed with the final results as Chong Wei usually a ,”thinking player” lost out to the home crowd and Lin Dan’s absolute court domination in 39 minutes. Today Chong Wei was not his usual self and the fighter in him was missing and I would like to thank Chong Wei for breaking the country’s 12-year Olympic medal drought.  Onwards to London and thanks for the badminton “Oohs and Aahs” moments.