When one first enters politics into a “POLITICAL PARTY”  one would be welcomed with open arms ,camaraderie with all the niceties that comes along with me. Through the years one would experience that it’s not the beautiful picture that was painted in your head. If one is ambitious there will be many who will set up ‘booby traps” for that person to self-ignite. That’s ROUGH though buts that’s RULE No.1

When the walls starts to crumble it will be very difficult to patch up. Friends will then becomes sworn enemies and in the rule book to cut out the perception of “politics is a long haul” the essence of it all is to ensure it TUMBLES like in the English nursery rhyme “Humpty Dumpty” Who saves you after your TUMBLE in RULE NO.2 is not their concern but if one needs to stay relevant they also need to hold on to the clutches of straws with their hands.

STILL STAYING ON TRACK? Not giving up just yet..Next

Theories aside but practical matters in politics. One must be able to understand that political parties have hierarchy and proper control setups. Many ‘naive’,upstarts and newcomers find it difficult to understand and also “see”. That’s the truth and those who are not persistent and does not have the will power will eventually be washed ashore “BRUSHED ASIDE”. The RULE BOOK No.3 is of course the RUTHLESS.

It’s only eight( 8) letter words and in Malaysian Politics there are many who will wield their powers to maintain their own stability and foothold over and above the whole political scenario. In Sarawak, we know of the existence of them and have interacted,engaged and also being promised the world but decided to stay well clear in the final analysis or they say when “ELEPHANTS CLASH” someone else would benefit.

When this article of UMNO was posted below somehow it struck us that in time many 18 year old will try to join political parties for reasons best known to them. The Minister who put it up to the cabinet obviously is keeping things under wrap and have his own reasons. Time will tell.

Of course, no one would know the rough,tumble and ruthless world of politics until they themselves have been ‘booby trapped’ and be attacked by “HUNGRY WOLVES”

However, politics is such too that people will support the right candidates to represent them in their won constituencies. Not everyone can cut up to be a people’s representative and those who are put there will eventually feel the “HEAT”

The Write up below from – Raja Petra Kamarudin

Today, Tun Dr Mahathir Mohamad said in New York that Umno is doomed. He did not, however, say how and why.

And this will be how and why. 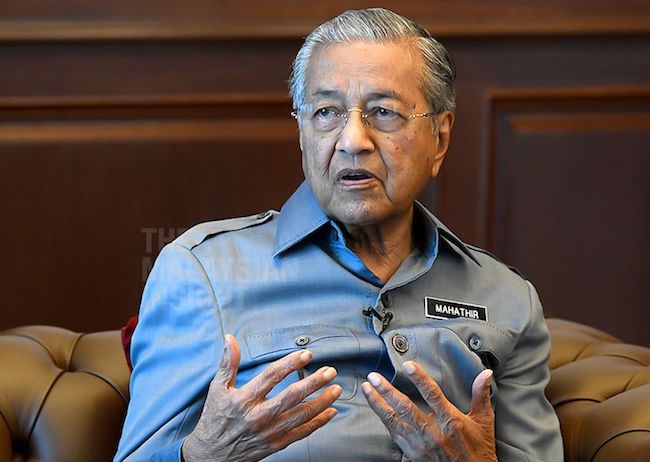 After that, Pakatan Harapan, which is currently dominated by the Chinese, will become Malay-dominated like Barisan Nasional before this, which also will no longer exist by year-end.

You can say whatever you like about Mahathir, but one thing you will have to admit, though, is that he will go down in history as the master-strategist and politician-extraordinaire, never before matched by anyone. Love him or hate him, you certainly have to admire his political acumen. 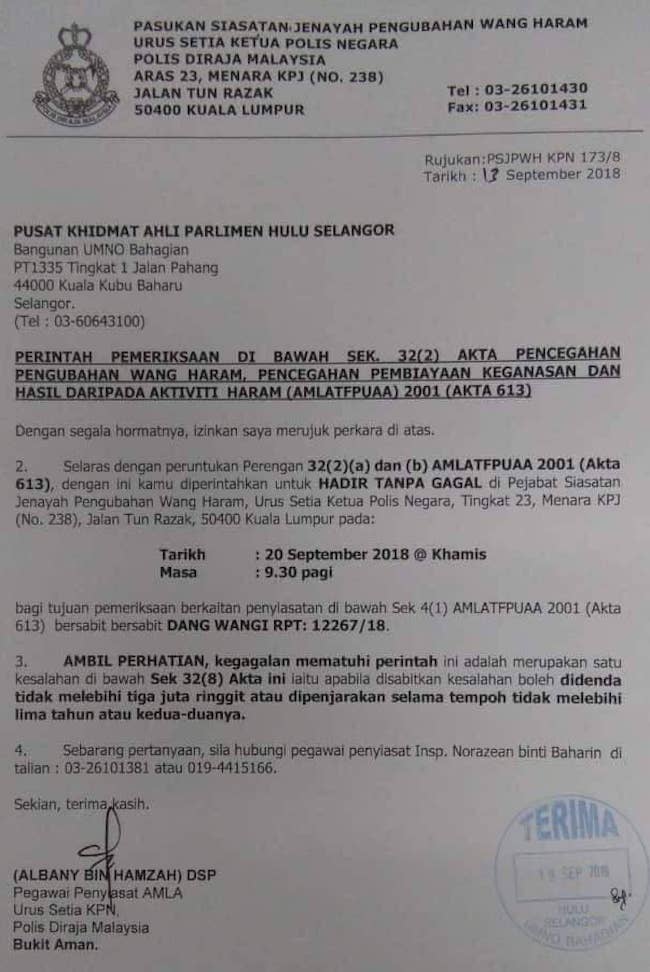 Sarawak State Tourism, Arts, Culture, Youth and Sports Minister Datuk Abdul Karim Rahman Hamzah,”“We have had enough of leaders from Semenanjung showing their arrogance in Sarawak, telling the people that they could win over the state,”

PKR vice president Rafizi Ramli on scientific election campaign for Sarawak PKR 18 seats “I am sure there will be more than enough areas for us to penetrate which we previously considered as GPS strongholds in Sarawak,

Chong Chieng Jien DAP Sarawak Chairman,”PH government would accord 20 per cent royalty based on net profit in addition to the five per cent based on gross profit.”

Minister of Economic Affairs Datuk Seri Azmin Ali,”Sarawak would only get 20 per cent royalty from net profit and not from gross profit.”

Wow! This is even better,creamier, tastier and more juicy which appeared in the local daily which senior vice president of (PBB), Datuk Seri Fadillah Yusof pointed out by Rafizi,“Sarawakians’ voices for the autonomy and rights of Sarawak would be heard and respected if PKR won over the state in the next state election.

After PH has taken over from the previous government there are much expectations from the people who voted them in. The above political statements are giving hopes and aspirations to ‘Hookwinked” Sarawakians that they can do better than the present GPS Sarawak Government.

Has it spun out of control and made the media craving for more?

One must realise though how the media works and Rafizi is certainly one who doesn’t shy away from the media spotlight and is even willing to pay the price and sticks his neck out to ensure he delivers the KNOCKOUT PUNCH.

As much as we don’t want to uncover how the secret works for “political perceptions or getting the messages across’ we want to inform SARAWAKIANS in our little way that sometimes half truths doesn’t mean that its’s the truth.

Are we confusing you all? Read on…

Let’s uncover the lid on the secret of how the media works and how one can capitalise on them to their advantage which will assist them to get the message across.

Their papers will not sell and their circulation will drop. That’s how it works and we need to understand this mechanism and not be dragged in to a certain issue and be like a “MONKEY KENA CABIK”

Of course, most journalist would not want a banana skin on their faces. They will go to great lengths to source for a ‘remarkable story” to impress their paymasters and improve their credibility.

The PKR Vice President Rafizi knows it very well and he uses all words like “scientific” which a newbie in the journalistic field will be gasping for air. There is a dictionary mind you, and now we have our own lecturer and tutor Professor Google.

At the core of biology and other sciences lies a problem-solving approach called the scientific method. The scientific method has five basic steps, plus one feedback step:
The scientific method is used in all sciences—including chemistry, physics, geology, and psychology.
PKR (PH) is trying to get GPS pinned at the corner and struggling to get out of their corner. It does take a herculean task for the State GPS Political Parties to come to terms with the PKR Vice President as he keeps hitting and jabbing at the right angles.
Most of the statements are answered quickly by senior GPS high ranked politicians.
Isn’t it time the young and aspiring young politicians in the Pemuda wings of GPS come out and give the PKR Vice President a right hand to his chin.
Don’t just use the Facebook as a punching bag for the black operatives to get at your targets. Oh No!. we might be in for a good bashing here..
Anyway,we somehow sold ourselves short on this article and a check with a journalist friend who pointed to a rather interesting comment from a Senior Member of PBB who has been through many wars and have battle scars to prove.
A phone call was then made to Tan Sri William Mawan and he was quick to remark,”I’m media savvy, so please don’t twist“‘which was the same words used in a local portal dayakdaily.com

Yes, he said that the youth must take the rough and tumble of politics and they must be able to get out of the hole first before they can walk on the moon. He is media savvy because he understands the political perception and knows what PKR is driving hard at.
There are issues to be addressed and the youth must be able to stand out and give a helping hand to their leaders and must not give extra burden to their leaders.

They will in time be the future leaders but for now in this topsy-turvy political situation they must exert themselves to the front to protect the seats which GPS holds.
GPS seats he said,”winning the seats which we have won and can still win, this is the most prudent and prime consideration”
All 82 Sarawak seats are different and have different landscapes and those who are capable of retaining the seats must not give way just to appease the ‘selfish ends of those wanting the seats’
What’s the point of winning the seat while you still loose it to PH in the final analysis. The good examples he said we must learn from the mistakes of the recently concluded PRU14.

There is no hurry to replace youth over seasoned winnable candidates. Like it or not the media will have a part to play its part and GPS sooner rather than later need to EMBRACE it.

Suffice to say our journalist friend said,” NEVER UNDERESTIMATE MAWAN FOR HIS WINNABILITY AND HIS FIERCE LOYALTY.

Mawan too is politically media savvy and he would be a guiding force for the youths to take over the seats in time to come. Certainly of course, not now where GPS will be fighting a battle which the ‘normal federal players ‘ are no more on their side.

Rafizi is capitalising on the PH new found Federal government to further push down the gauntlet of the people of Sarawak The Federal agencies would try to stay neutral but they themselves know who their paymasters are and would at the heat of the battle be sucked in. Hopefully not though.!!
PRU12 would not be the same and Rafizi has already started the countdown and tried to blind fold the rakyat of Sarawak with his tasty statements like,” he believes that with him and Anwar in PKR leading the party Sarawak would not be neglected by Putrajaya,especially if PH takes over Sarawak.
PBB senior vice president did not mince his words and for him to say this party members and Sarawakians must stand up and take heed,“This is just a blatant lie from Rafizi and the same party, which during the 14th general election had been making many promises in their manifesto to fulfil the demands from Sarawak.
Sarawak is the last bastion for the PH Government in their conquest and GPS would give them a good battle to safeguard Sarawak from overrun.
Sarawakians know who are capable of running their state and Karim has put the icing on the cake,”I have my trust and faith in Sarawakian voters who do not like to be pushed around and be given empty promises, especially on the return of state’s rights and (autonomy over) our oil and gas.”
Hence, now it’s over to you then Rafizi and PKR…….