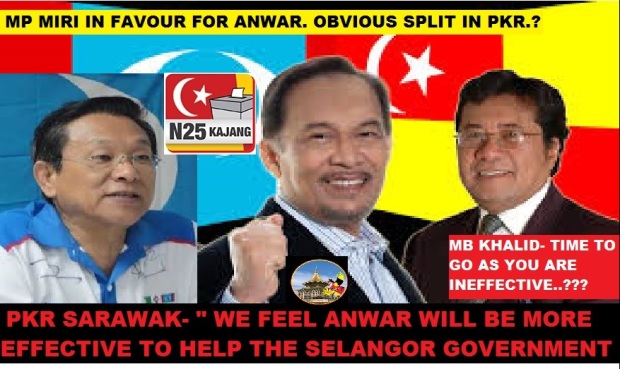 ARE THERE ANY OTHER REASONS TO SUPPORT ANWAR..? NO..PKR SARAWAK WANTS ANWAR TO COME AS MENTERI BESAR SELANGOR TO CAMPAIGN IN PRU11 SARAWAK … ITS A WIN-WIN SITUATION FOR PKR SARAWAK.. 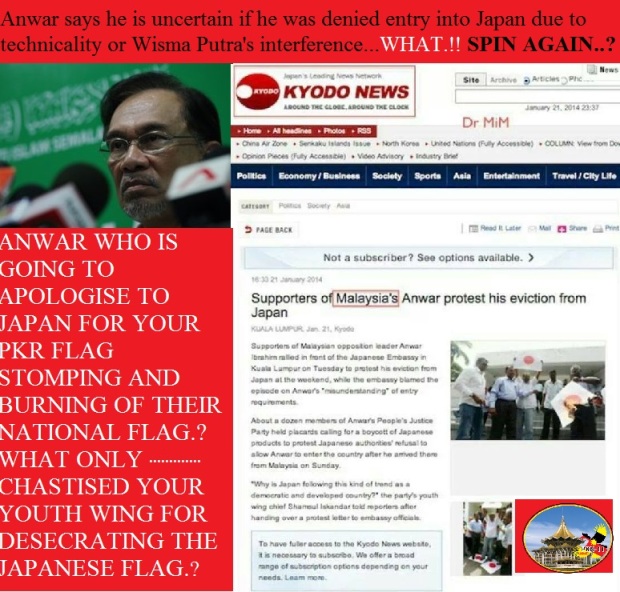 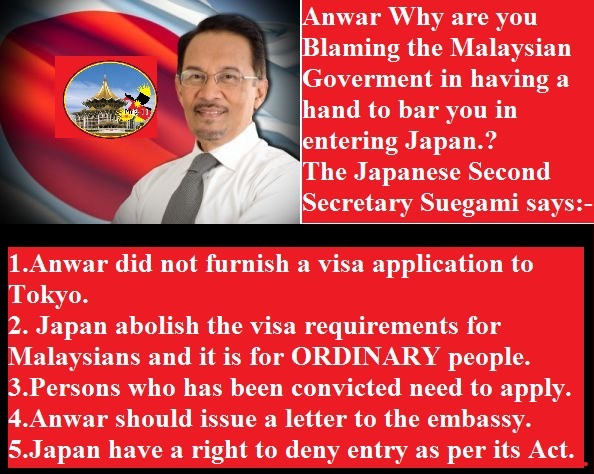 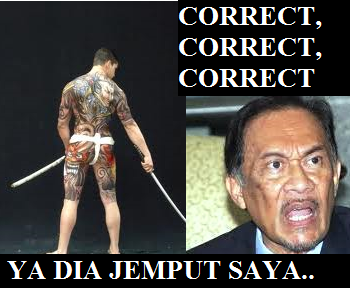 Oops! Anwar Did It Again!

While Malaysians are still quarrelling over kangkungs and religious  words, a travesty that almost went unnoticed is Anwar’s manipulative  press statement that blamed the Malaysian Foreign Ministry for his  denial of entry to Japan yesterday. In its usual attention-seeking  tradition, PKR today demanded Putrajaya rescind an unwarranted  report on Datuk Seri Anwar Ibrahim allegedly sent to the Japanese  government and which prevented the opposition leader’s entry into  Tokyo yesterday. Anwar claims he had been invited by Nippon Foundation  chair Yohei Sasakawa to present a paper on Muslim Democrats. This is the second invitation since he first went there on April 19, 2011.

Foreign Affairs Minister Datuk Seri Anifah Aman denied Anwar’s  allegation that Wisma Putra had a hand in barring him entry into Japan.  He clarified that under Japan’s Immigration Control and Refugee  Recognition Act, the Japanese government had the right to deny entry to  any person who had been previously convicted or imprisoned in either  Japan or any other country.

What lurks behind this seemingly innocent denial of entry that compelled Anwar to create such an outcry over this ban? Simple. Anwar failed to  tell us that his host, Yohei Sasakawa, is the son of Sasakawa Ryoichi –  the creator of the gambling industry that we know today. Imprisoned as a Class A war criminal after World War II, Sasakawa is viewed with  hostility by intellectuals internationally.  Most importantly, Sasakawa  is the founder of the Yakuza in Japan.

The Yakuza or gokudo is the world’s largest criminal organization and  represent transnational organized crime syndicates in Japan. As depicted in movies, the Yakuza are notorious for their strict codes of conduct  and very organized nature. Hence, the Japanese media carry stories about Yakuza who operate internationally with an estimated 103,000 members.

Now, what is the TRUE reason Anwar wanted to go to Japan so desperately? Could there be a hidden link to the Yasukuni Shrine controversy?

After WW2, arrest orders were given for 126 Japanese suspects on Class-A (crime against peace) charges and this was narrowed to 14. Of those who were released without charge included Kishi Nobusuke (Abe Shinzo’s  grandfather) and Sasakawa Ryoichi who promoted the anti-communist  alliance with the United States. The Yasukuni Shrine claims to host the  deified souls of military personnel who lost their lives in service to  the nation. The controversy arose after 1978 when the new chief priest  of the Yasukunia added 14 wartime military and civilian leaders who were executed as Class A criminals by decisions of the Tokyo War Crimes  Tribunal or who died during imprisonment to the list of souls enshrined  at the shrine.

Many Japanese doubt the legal, ethical, and factual legitimacy of the tribunal hence any Japanese political leader’s visit to the shrine  (such as Japanese PM Abe Shinzo’s visit in December 26 visit last year)  triggers much criticism. Yoichi Sato, a professor of international  strategic studies at Ritsumeikan Asia Pacific University, wrote The  Yasukuni Puzzle which sheds more light on the deep implications of  the Yasukuni controversy. You can download it here.

Once you read the paper, you will begin to understand why the Japanese  government does not want Anwar to visit Japan to be in the company of prominent personalities.  Do not fall for Anwar’s lies.