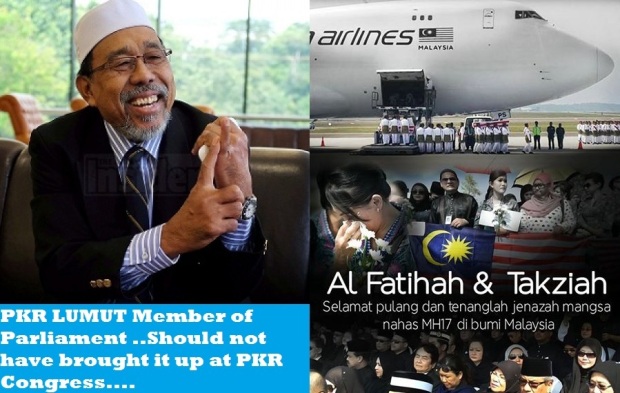 Shameless and this should not have been brought up at PKR Congress..

This is what he said,”PKR’s Lumut MP Mohd Imran Abdul Hamid demanded that Putrajaya explain why similar tributes were not given to Malaysian soldiers who were killed in Lahad Datu or Lebanon. “It’s not that we are not satisfied but we see an excessiveness in mourning the victims of MH17,” he said while addressing PKR’s national congress this afternoon. “Our fighters in Lebanon and Lahad Datu are not accorded such ceremonies .

Deputy Finance Minister Ahmad Mazlan said the Lahad Datu intrusion and the downing of MH17 were two different tragedies and should not be compared in such a simplistic manner. “It should not have been turned into an issue at all. Both are different cases.”

It is a shame that PKR Lumut Member of Parliament chooses to use the recent national mourning ceremony for the victims of MH17 as a point to draw the sword upon on the government. It adds to yet another uncalled for kink on the armor of the opposition that is still reeling in agony over the Menteri Besar debacle.

The world mourned for the victims on board MH17. So did the Netherlands who accorded a national honor for the dead.

In Malaysia, businesses and the public services came together to demonstrate their united stand as the nation received the remains of the victims on our soil. Indeed, we have in doing so sent a stong message to the world of terror that Malaysia like all like-minded nations will never take this tragedy lightly until justice is measured out to the perpetrators of war.

Now for the Lumut MP to gripe over the national effort for the victims of MH17 and demand explanations why the same was not seen for the Lahad Datu soldiers who died on the line of duty, really stinks.

As the Deputy Finance Minister Datuk Ahmad Maslan rightly pointed out the government is justified in what it did with compassion, responsibility and sensibility. And the various ministries and their leaders who worked right through the long nights and days to see to the final journey of the remains of the MH17 victims deserve recognition, not gripping negativity.

The Malaysians who losts their lives in the #mh17 were all accorded the same ceremony and respect by our government and thus this should not be politicised at all by an MP from PKR. Its truly distasteful and shameful and mosts Malaysians will want some sort of action from the Pakatan coalition.

United as One We Grieve for Fellow Malaysians whose lives were cut short. May their souls rests in peace and we will remember you all #mh17 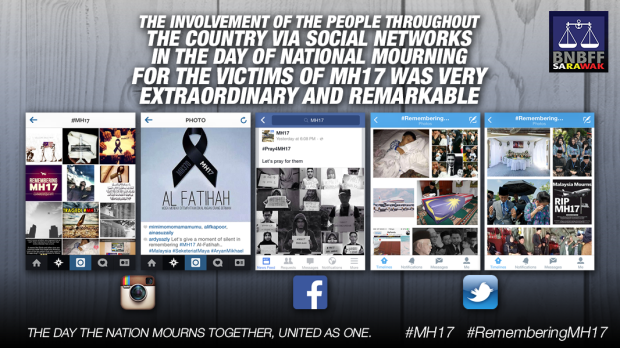 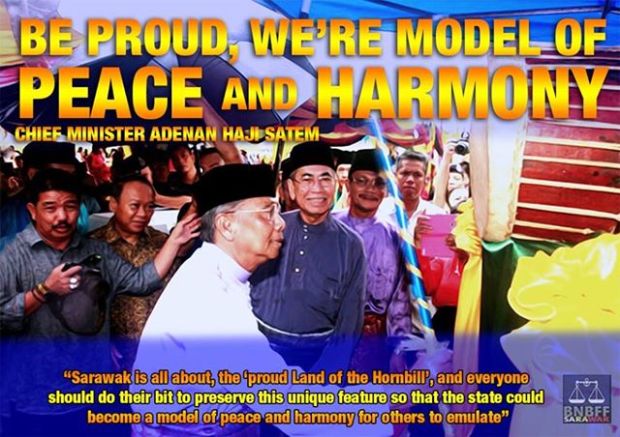 The chief minister said things were a bit different in the peninsula.

“In West Malaysia, there are  only three major races and a few indigenous people, but they never stop bickering. It is stupid.

“Here we have 35 races and yet we are very peaceful and live in unity and harmony,” he said at a Hari Raya gathering at Lundu Sport Complex yesterday.

Adenan said everyone should be thankful they could live in peace and harmony. They only have to look at the gruesome conflicts in the Middle East and in Africa to know what disunity and wars could bring.

“If we read the news or watch television, the Arabs, the Palestinians, and the Africans never stop killing each other. It is very bad.” 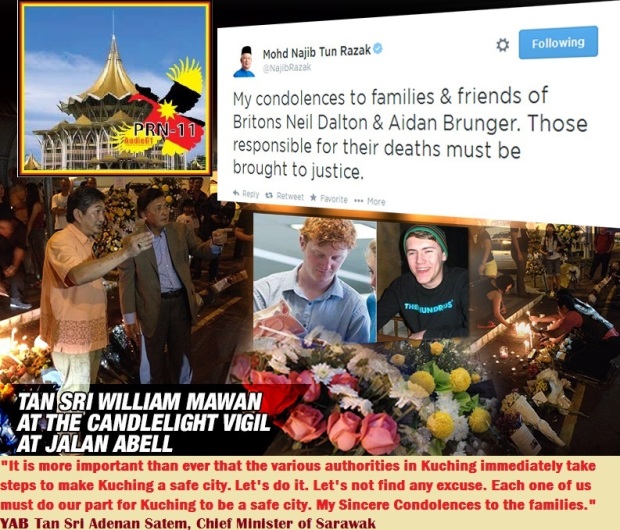 Many in the the Medical Community were “shocked ” at the news of the murder and so was Sarawakians . There was total disbelief especially in peaceful Sarawak .

Residents of Kuching,Sarawak paid their respects to the victims by laying down flowers and wreaths at the site of the murder.. 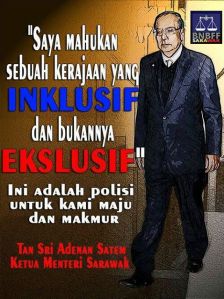 Teras and UPP existed as a result of internal leadership crisis in the Sarawak Progressive Democratic Party (SPDP) and the Sarawak United People’s Party (SUPP) respectively.

Speaking at a Hari Raya do here on Sunday night, the chief minister said there was no doubt that the emergence of Teras and UPP had affected the Sarawak BN’s solidarity and strength to a certain extend.

“The opposition parties are cheering and may stand to gain, but I’m working out a solution.

“I cannot solve the problem there and then. Give me time, maybe one or two years to do so,” he said.

Both Teras and UPP are yet to be accepted into the BN. Teras is led by Tan Sri William Mawan, who is also the state’s Minister of Social Development and Urbanisation and former SPDP president, while UPP is helmed by Datuk Sri Wong Soon Koh, who is the state’s Minister of Local Government and Community Development and former SUPP assistant secretary general.

On the current state cabinet line-up, Adenan said he would maintain it without any changes and hence, keeping Mawan and Wong.

“I want an inclusive not an exclusive government. This is the policy for us to prosper and progress,” he added.