Its not only politics that drives Tan Sri William Mawan. He does know how to hit,swing and drive the golf balls to the required distance and thereby also sending the correct signals to his worthy opponents. He explores every angle for the people to come together as one.

In his vocabulary and outlook there are no malice in his intonation but mostly he has outreached to the Larger Mass of Sarawakians by preaching moderation and doing away with extremism,bigotry,fanaticism and militant thinking in whatever forms.

To quote him which he said on 4th November 2014,”Moderation is the only way that can guarantee our continued solidarity and well-being as a multi racial society.Extremism begets extremism and the unscrupulous  who engage in bigotry are playing dangerously with fire and discarding racial hormony”

We will not compromise on our commitment to racial and religious harmony and ours is a united platform that draws strength and support from all ethnic groups in Sarawak.“

His involvement in the Inter Community Golf tournament goes way back 9 years and he has continued to “WALK THE TALK“. Within the teams that are participating there are malays,ibans bidayuhs,melanaus,chinese,orang ulus all joining in. This goes to show that the National Integration is very much alive which has dampen and unscrewed the evil works of those who try to practise SEGREGATION and also to confuse everyone with their ill intentions.

In his Saratok constituency he is encouraging the youths to participate in various activities like the 9 aside football tournament. Mawan as former Minister of Social Development Sarawak has been very instrumental in bridging the harmony and solidarity through all programmes and sports activities.

The present Minister and Mawans able assistant Abdul Karim Hamzah is now carrying out his good work by also encouraging many different cultural programmes to continue the good work laid out .

The recent “heat” on the event ‘Octoberfest” was also given a positive response by the Minister which Mawan himself should pat his own shoulder. Karim was also quoted,”“Down here (Sarawak), it has always been promoted as Oktoberfest. They don’t promote it as a beer festival. If it is Oktoberfest, I don’t see any problem with it because it is a celebration of culture. That is why when some extremists or some people claim this is a beer festival, I don’t really agree.”

Mawan himself said this ,”while politics can be highly charged the attainment of political goal can be through also the golf swing.” Mawan reiterated that it is in this era of fast track digital information and technological advances that the harmony and solidarity of people must be protected.

To further enhance Mawans point,”the Conference of Malay Rulers has even expressed concern at the state of harmony and unity in the country, making reference to the Muslims-only laundrettes and other recent incidents.

Mawans politics has Shifted Gears from ensuring that the people in his constituency basic needs of water,roads,bridges,education,housing are all taken care off to another level where he outreaches to all. He has never stop imparting the significance and importance of moderation and solidarity to all Sarawakians.

Many in his constituency sees the good in him and are willing him on to continue to serve as their Saratok representative in Parliament. Their voices are been heard significantly by the top BN hierarchy.

This quote,”while we may have known Mawan well but there may be still much that we do not know about him. But one thing we all know about him for a long time is that he is a FIGHTER.” This basically sums it up on Mawan(at least according to BN Sarawak Secretary General and Minister Dr.Stephen Rundi)

Mawan knows there are no fixed rules to succeed to serve the Saratok people well but he uses his personal values,qualities and non confrontational approach to achieve a higher level of goodness.

The inter community golf serves the purpose to further enhance the solidarity and moderation which is crucial to safeguard the unity of all Sarawakians and shelter all from the howling Extremism and Fanaticism wind blowing across the world.

It might sound simplistic to be involve in an inter community golf tournament but the deeper significance is for all to see as the participants are very attuned to the principles of solidarity and moderation.

Mawan would want this interaction of participants to tee-off to its 10th Year but they all have to start driving it off the green first come the 21st of October 2017.

The Gears have Shifted and it has GONE BEYOND what one has perceived and it is here to stay.

There is only word one to describe today’s social media,”POWERFUL” Business owners and those thinking that the “eye in the sky” are just a mere useless technology and also a waste of their hard earned cash be ready to accept this lesson.

For Terry Yee’s anger and his outburst on a dog ,repercusions have already been taken by his principle. The  “US outdoor equipment firm is now dropping his company as a distributor.

It’s a Powerful tool if used for the right reasons and many too will FALL from the Top if their actions are caught by the social media activists.

is just another plaything be forewarned.

PETALING JAYA: Animal lovers aren’t the only ones panning Singaporean Terry Yee for his abuse of a dog over a week ago – a US outdoor equipment firm is now dropping his company as a distributor.

Yee, 30, is said to be the owner of Tearproof Sdn Bhd. The company has several outlets at Mid Valley Mega Mall, The Curve and One Utama Shopping Mall.

According to its Facebook page, the company has been in business for over 15 years.

In a report by The Malay Mail, Osprey Packs vice-president for product line and marketing Rob BonDurant said Yee’s behaviour was “reprehensible”, adding that the Osprey brand “absolutely opposed any act of inhumane violence or neglect against animals”.

In an email to the portal, BonDurant said Osprey was in the process of terminating its relationship with Tearproof.

On April 2, Yee was caught punching and kicking a dog at a guardhouse in Puchong.

A three-minute CCTV recording which has since gone viral showed him falling off his bicycle when the guard dog broke free from its leash and charged at him.

Five days later, Yee apologised for his act, telling The Star that he “snapped” after being “attacked” by the dog many times before.

However, animal lovers and members of the public have demanded that the authorities take action against him for his brutal hammering of the dog. 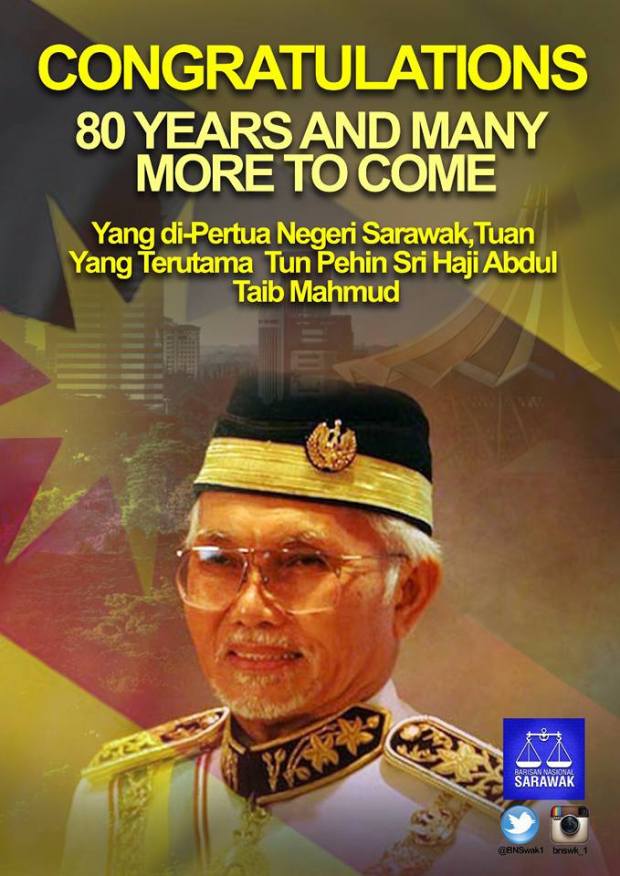 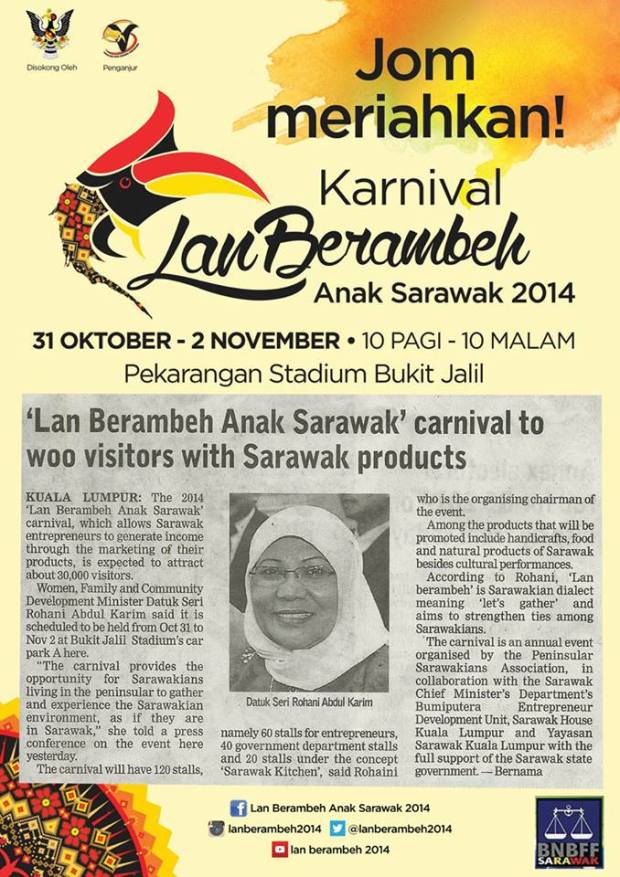 Have you mark the date or added it in your INKPAD.? If not we are disappointed in you. Don’t miss this chance !!! We will tantalise your taste buds,mesmerize you with our culture and Showcase SARAWAK as a destination where the people comes first and politics takes a backseat. (politics lets do it another day shall we..?..so much too write about but its not TIME YET…