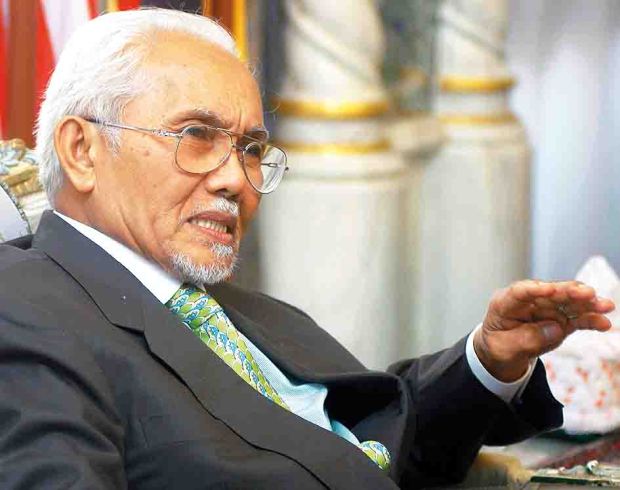 The symbol for the word “CRISIS” in Chinese is made up of two words:-DANGER and OPPORTUNITIES.

In every crisis ,every laws,every disappointments there’s both danger and opportunities. One can never run away from that.

Awang Tengah’s men are running HELTER-SKELTER ( don’t misinterpret again OMG my english)and looking over their shoulders on who is coming after them.

Who made the TREES SHAKE?

We certainly did not as we did not mention AWANG TENGAH but his men. This has been building up and sensing that they are under attack some are hiding back in their foxholes.

Some even took the opportunity to point A FINGER but they forgot that FOUR (4) are pointing back at them.

As the internet portal sarawakreport has specified with this article it seems that CM Taib could have been also charmed to sign off many deals. We are not saying Taib unknowlingly did that but ‘sinister and outside forces” does determine many ‘projects”. {Contractors appease the gods/spirits for a safe and undisturbed works schedules}  This article has its meaning well carved into the story :-http://www.sarawakreport.org/2012/12/happy-new-year-black-magic-and-betrayal-engulf-bn/

Taib is in the know now and he will not leave anything to chance. PBB will go into the General Elections as a  UNITED and CONSOLIDATED front to secure the 14 seats which they have been mandated.

The other 17 seats which 7 (SUPP) 6(PRS) 4(SPDP) Taib as BN chairman would certainly see that all 31 seats are safely in BN’s hands.

However the infightings and mistrusts in the component parties have led to a general feeling of these words continously being said out” Why should we vote for a party where they only know how to fight amongst themselves and dont even care about the voters?”

PRS have rid itself of ‘recalcitrants” and are in a good shape to win their seats but not on cruising mode.(They still have to contain with SWP-led by former Assistant Minister Larry Sng who declares they are BN-friendly).

SPDP have sacked 5 YBs who after much persuasion for them to return to the fold but two years too long on their sacking will have their hands full as PKR/DAP are using the opportunity of the crisis to make inroads. The rightful candidates choice will determine how SPDP comes out of this GE13. It will be tough but the grassroots in the party are united which is very much a PLUS++ sign.

SUPP will have its hands full as DAP will try to capitalise fully on the crisis which has not been resolved in SUPP leadership crisis. The opportunity presents itself and after randomly surveying the ground it does not look too good for SUPP to retain 5 out of the 7 seats it currently holds. A lot of work needs to be done and SUPP really needs to OPEN ITSELF UP to ask component parties to assist in this coming elections.

The overprotective syndrome on their election operations  needs to be shared with the rests of the component leaders in the 7 Urban based constituency. They must not shy away from asking for assistance (Even Europe asks for US and others help during the WorldWar.Surely SUPP musts turn to the history books for assistance too)

Awang Tengah’s men too should also wise up and should not be too arrogant in that others do not know what they are up to. The GE13 is upon us and its the afters which is going to surprise many if left unchecked.

Taib has already got his inner circles to do covert operations and they are giving him reports which have not been too pleasant. The warning signs are up and Awang Tengah’s men must know that the 3 main things which has been uttered still holds:-https://audie61.wordpress.com/2012/12/16/awang-tengahs-men-act-of-betrayal/

PBB will know what to do to one of their own. We dont need outsiders they say to teach us to walk ,run, or jump but when words of these magnitude are already spoken and capitalised by some it needs to be checked.

If left unchecked it will turn to be a can of worms and even PBB will stand to loose and BN Sarawak will be left at others mercy.

The final say will be very much left to the wisdom of the CM Taib himself and he too will need all the loyalists to be next to him in securing a notable victory in GE13 and to flush out Awang Tengah’s men who are overly ambitious and becoming too big to fit their boots.

The Time will be Sooner rather than Later….

Let’s take a stroll back in time to before GE12. This was said,”In 2008, Tun Daim predicted the loss of BN in 5 states. The UMNO generals were up in arms. They vilified him, describing him with all sorts of disrespectful terms. Daim is a pensioner. Daim is out of touch. Daim is irrelevant. When the results came, what Daim predicted was generally true.”

Present time not Tun Daim but a member of  the ruling Coalition in Sarawak who sent shivers down the BN Federal leaders by uttering this,” PBB will not have full marks 1 or 2 seats loss out of 14 , SUPP 7 (6 loss) PRS 6 seats (3 loss) SPDP 4 seats (3 loss) Around 12 to 15 seats out of 31 in Sarawak. This is reality check and if left as it is this will happen. {We will tell you who told us……hahaha this is…