Let us not get ahead of ourselves. In actual fact the rumour mill and speculations have surfaced in Putrajaya (K.L) and not Petrajaya ( Sarawak)

The write up below from an internet portal amongst many others which has appeared in mainstream media has indeed created more than ripples at the corridors of power in The Federal Capital.

We extract and re post and Hopefully we will not be subjected as to what has happened to ‘Local YB” whose posting on FACE BOOK created an uproar and went viral in the social media world and was subsequently charged by the House with a fine of M$2000.

There had been speculation of a cabinet reshuffle for weeks, following public criticism of the way several ministers, most of whom are in the government for the first time, are carrying out their duties.

Dr Mahathir himself had said he would give some new ministers a score of only 40% to 50%.

The Prime Minister has every right within his parliamentarian jurisdiction to juggle or reshuffle his cabinet  as we know it is “HIS PREROGATIVE“.

Mahathirs own words,”“There will always be defects. No matter who we choose, there are bound to be people who will express dissatisfaction. So we will try. If the performance is unsatisfactory, we will drop and choose someone else”.

The Pakatan Harapan Government no doubt is only 6 months old but the Rakyat will not want to listen to lame excuses and the blame game especially so after the promises dished out during the campaign period during GE14.

The PM needs to ensure he stays on track in his 2nd time back as Prime Minister. Voices are already been heard loud and clear and nothing escapes the public eye especially so in this globalised digital age and border less world.

Over here in Sarawak, it does seem that the cabinet reshuffle has gained traction and there are even suggestions that the Chief Minister of Sarawak after a successful DUN sitting from November 5th to 14th November should take advantage of the FEEL GOOD FACTOR by adding some new plus capable players and also some experienced ones who are able still to contribute greatly.

Some of the assemblyman who served during that period have since been elevated to Assistant Ministers and Full Minister and also CM in the late Tok Nan.

The present crop of assemblyman are all very capable players who can “score” a goal against the opposition and not scoring own goals says a former PBB youth exco member. He does have no qualms in saying that the “Present Youth chief of PBB deserves to be considered for a cabinet position as he knows how to score as a striker.

The Football analogy is easier to explain he said, As Team Manager Abang Jo knows his present squad of players have performed admirably and have won many games against the opposition but in this trying and competitive times new players needs to be signed up to energise the team.

Putting on the team colours,socks and signature boots the new players will not have trouble blending in and they will definitely score with the help and assistance from the others.

Abang Jo is indeed lucky too as his BENCH is full of Experience Internationals and ball winners who not only know how to defend but also score the crucial ‘winning goal”. There must be a BALANCE in the new blend of young capable players plus experience who will make up a solid attacking team and solid defence.

Abang Jo knows that Youth Empowerment (attack) and rural development( defence) will ensure that his tenure as the Team Manager will be steadfastly secured.

The Football League  is ongoing  but it is going be very interesting and tough with the other teams fast catching up with new owners,new systems and new coaches. 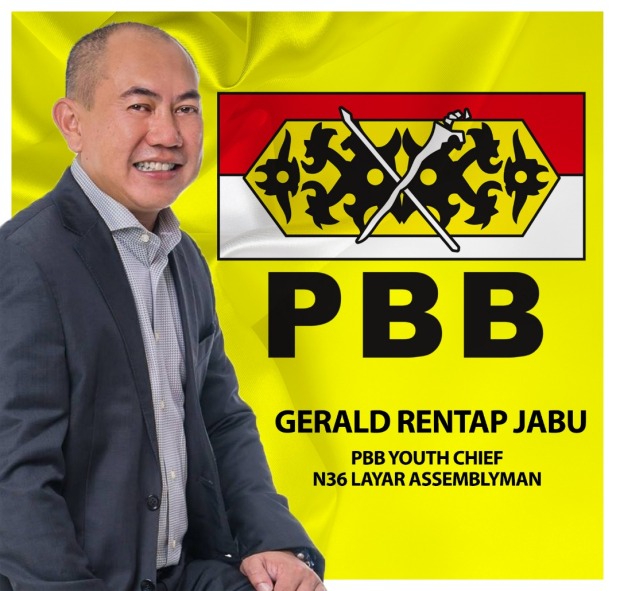 When Rentap Jabu the PBB Youth Chief and Layar Assemblyman in the August House spoke on “Youth Development Fund” it captivated many young entrepreneurs. He said this financing facility would help youths to get start up funds in the form of micro credit and micro financing.

Rentap scored a very good goal in saying this,’There are many youths who would want to venture into business and entrepreneurship but they are faced with obstacles in getting capital especially among those fresh graduates.

“With this Fund, they not only get financial assistance but also guidance on business plan and model, and having their performance monitored. This Fund also provides opportunities for them to develop into digital-era entrepreneurs,”

Abang jo’s Rural Transportation Programme (RTP) is a big plus and struck the right chord with many Sarawakians.

A Senior and experienced leader in PBB said GPS Has made the call and the assemblyman in the rural areas must deliver or else they will be shipped out.

It also means placing a greater priority on rural development by providing key infrastructures such as major road connections, clean and safe water supply, electricity and other basic amenities for the rural areas.

“This will create a conducive environment to attract private investors to venture into viable economic activities like plantation, aquaculture, large-scale food production and processing and other resource-based value-added industries.

“This could bring in more capital to develop the economic potentials of the rural areas, creating cluster of related business that generates employment opportunities for the rural people.

The Feel good factor is there and it will only be a matter of time that the CM will capitalise on adding on to his team to make it more solid.

It is after all his PREROGATIVE and Abang Jo as Team Manager knows clearly looking at his bench he has youth and experience players waiting to be called up as STRIKERS to score the goals.

The players on the bench are all ready when the team manager signals.