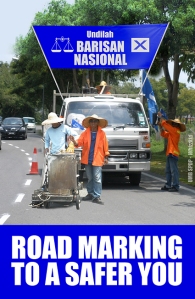 BN Making it safe for you….

The manifesto already has it

Under the National Key Results Area initiatives,by the end of 2012 the Barisan Nasional Government will deliver to the people of sarawak….