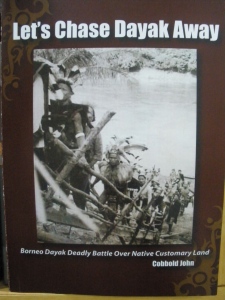 The political landscape in Sarawak is changing not only every day but as the curtain draws nearer the State elections its basically every hour. News are filtering out from most political “wannabees” at such great speeds that verification is left to the ones who have access to information.

Even the BN Sarawak Cyber troopers are now finding hard to keep pace with such sites as Sarawak Report,Hornbill Unleashed, Sarawakawaken,Dayaknation and Dayakspeaks. These sites are seen as gaining so much popularity with their spicy and unmistakably anti-Taib spins. Even now the PKR Sarawak chief Baru Bian we quote,”I am extending an open invitation to him to debate against me on the NCR land issue.”

He is really going all out to draw the opponent(Taib) out in the open to see whether Taib is taking the bait. Many political analysts are saying,”This debate will not take place even as Taib says he accepted the challenge” Read more here..

Many bloggers will be fighting this issue over the blogsphere but they can only do so much in support of Taib. Reality hurts and how many BN YBs are seen lending their full support as of now we can count them by our fingers which has not even made the 8th count. They know who they are and CM Taib is keeping tabs of all who is with him at this battle 2011 which will supersede the Ming Court affair of 1987.

This is no more hearsay as even publications are also surfacing out in the open. The dayaks are no more what they were 25 to 30 years ago where information technology and accessibility is unobtainable and kept from their eyes and ears. The younger dayaks are beginning to stand up and many are looking at events unfolding which the BN YBs have basically no answers to them.

BN YBs are working hard to deflect whatever comes their way but they do need the help of the cybertroopers which will pull them steadily through. Many still think that cybertroopers are facebookers,twitters and only smses savvy.

Its beyond that and they must have the soul to get through to their readers and eventually information will only reach the ground zero level. The pro-BN government machinery will need to look at what their Pakatan counterparts are doing in the states run by them.  CYBERWAR IS REAL…….

The frontliners will face many challenges as they battle to fight the PERCEPTION warfare in the blogsphere. The urban areas the people have more or less made up their minds on who they think will lead them in the next DUN. Rural voters will need more persuasion to change their allegiance and votes but its up to the parties concerned to work their propaganda. The age of technology has also caught up with the rural interiors and many are using it to their advantage.

REMEMBER POLITICS IS ABOUT PERCEPTION ……….HELLOooo are you THERE …??