Series 7 Project 71 next Wednesday 4th of August 2010 must not be missed. Eagerly waiting will be many amongst the many political analysts and critics from both political divide on what is the political message and mileage from DAP YB Chong ADUN N12 Kota Sentosa.

Word is that after ” They call him Justice Bao” which kicked up a storm especially with misinterpretation  this could be another masterpiece from the writer/journalists Si Poh Liang. The 5 series to date can be read at http://tribune.my/project71/

An excerpt from the article,”You must act like Bao Qingtian (the legendary Justice Pao of China’s Song Dynasty). So, in politics, they call me Bao Qingtian.

That is the reason why I have a lot of problems. They also call me the “Lion of Justice”. I got more problems. I was given two names … these placed a great burden on me, a very heavy burden. I don’t know why they nicknamed me like that during the election (campaign).

The insider on this project has indicated that it will surely be a TOP END ARTICLE and the Hidden political message would be…. 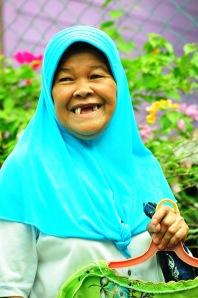