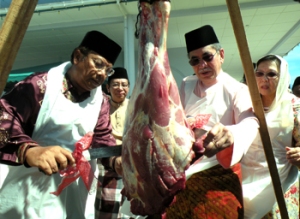 Winston Churchills words,”Politics are almost as exciting as war,and quite as dangerous.In war you can only be killed once,but in politics many times.”

James Masing did say to my Batu Lintang members at Kedup in 2005,”Your boss is very dangerous” Maybe he has a point there and if he does not know how to use the people who are dangerous they will come back and haunt them. So when Mawan said this as the SPDP PC “nobody dies in Politics” he must have been told of a bigger picture on the horizon.

When we broke news to certain friends and aides of political leaders about three months ago that  Adenan Satem will be back they just laughed it aloud and say we at audie 61 have gone “COOKOO” The poliitcal strategists in CMs inner circles have really pulled this out of the rabbits hat. Did we not hint to many of our connections?

Adenan Satem who cuts a forlorn picture of a defeated man in the DUN sittings and look like a caste member is back in the limelight. Whats more,’He is Full Minister in Chief Minister’s office” Would you have bet this to happen?

CM Taib has even pulled a greater surprise by putting Fatimah Abdullah who was defeated in the PBB convention as Supreme Council Member as a Full Minister in charge of Women affairs. This greatly shows he is very much in control and if those who sees this as Post Taib era  they better look over their shoulders.

He is not too happy of what is going around and whisperings of him losing his touch has reached and constantly banged at his eardrums. He also went as far as appeasing  SUPP by putting Tan Joo Pooi as Assistant Minister in CMs department.

This is no gimmick and CM Taib is putting a very strong message to those who are under the impression that his ‘TIME IS UP” There has been too many people throwing names around implying that this person and that person is asking us to do that. Is it true? They better look at themselves in the MIRROR AND QUESTION WHERE THEY GOT IT ALL WRONG?

Adenan who we have managed to be with and served him without much fanfare is back to the Corridors of Power. Those who have left his side during his blackest days are made to ask themselves,”Will he be forgiving..??”

We shall be waiting what is next in Sarawak or in Malaysia as a whole as politicians never dies but always come back stronger than ever……..

“DON”T EVER WRITE ANYONE OFF IS THE MESSAGE.” 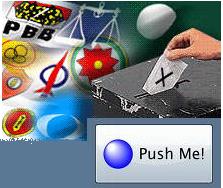 A chance meeting turned out to be very meaningful with a PKR Sarawak member. The ongoing ‘reengineering,rebranding and rewashing or whatever RE- you can call it is good for the party.

It’s not only happening in ,PKR DAP but also in SPDP,PPP and SUPP. It could also happen to any other parties for that matter. He used this simple analogy,”Two friends join a certain political party and fight their way to the top. One person has to be on top while the other has to play second fiddle. Both try to outdo each other and certainly it will be out of control as far as politcal ambition is. Factional politics is common everywhere around the world. However one must note that western politics in so far as USA and UK it is more matured. No need to tell you why do I he said..?

So the two friends will very soon not become friends and lead another group to outdo each other. Eventhough they try to compromise but as far as politics goes they both need to be No.1. Those who are not No.1 will aspire to be there soonest as to be No.2 is only to follow through and carry out orders.

Taib Mahamud PBB President has seen many challengers to his rule but so far he has managed to use his TREE SHAKING and DIVIDE AND RULE METHOD to his advantage. Many have fallen out of favour or left to dry on their own and he goes on looking for the next person who will be a TEAM MEMBER instead of wanting to be the Captain.

Anwar in PKR is trying his bests to develop the concensus or Arthurs round table method but some of his lieutenants within his garrison( ADUNS and MPs ) just failed to be patient enough and are seen to JUMP OVER TO A BIGGER SHIP as the seas get rougher and are too afraid to HOLD ON to the ropes. Instead they use the ropes to springboard themselves out of harms way and lesser dangers.

Certain Control is of course good but too much will also mean all hell will break lose when the leader goes. The PKR member said,”Do you think honestly PBB will be the same party when Taib is no more in control..?”

PKR Sarawak needs to be properly controlled or else the ship will hit rocky patches and thus it will also suffer the indignity of losing its new found Fame in Sarawak for the voters to choose an alternate party besides the BN parties.  He said PKR will be able to create a ripple here and there but in the rural constituencies BN for now  still rules.

Imagine Anwar going to Sri Aman for a ceramah. It takes 3 to 4 hours to reach. BN comes along with helicopter. Anwar arrives three hours later BN has already made their kill and you think the rural people will still buy what Anwar has to say.

You need to be realistic and logical in fighting BN in Sarawak. Go for the winnable seats and if all opposition YBs works hard after winning and does not jump ship there is every chance in 5 to 10 years it will be a different scenario. He said,”DAP is looking a very tough nut for the BN to crack nationally and locally.  One bad apple in Hii in Perak was enough and they have learnt their lesson very well. ”