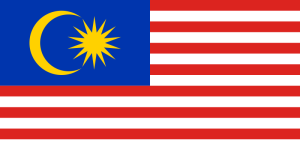 The headlines: PM orders stop on tiff in this Malaysiakini portal report http://www.malaysiakini.com/news/89243 Malaysians to stop discussing race and religious issues after a dispute over comments. The Star has it as STOP IT..!  audie 61 has not even capitalise on this issue and we know that harping on this subject will create controversies and also many readers will be attracted to the site.

Cindy said if you look at this statement by PM “We do not want chaos in our country. If there is chaos, no one will win. Everyone will lose and the country will face problems,” How very true and for what? Trying to gain political mileage and ensure votes stays with them to be reelected. Cindy has this to all aspiring YBs or MPs do not take the people for granted anymore and there are not FOOLS. As for the serving legislators in the ADUN and Parliament ,”Remember who put you there..”

Bugi Wijaya was impressed with this statement which was aired by TV3 from MCA Minister of Local Government Ong Kah Chuan who said about BN. “UMNO,MIC and MCA started the Alliances and build the BN House. We are not about to leave it when there are problems. We solve it internally.”  You can say what you like on this statement but we feel its a powerful message. Bugi said its just like telling “PAKATAN to build your own house and safe guard it before dismantling others.

Natasha had this on todays “NO Hornbills,All PRS YBS Behind Pak Lah and BN”. This must be a signal to tell Anwar that his pursuit of 916 is crumbling and the walls which was supposed to crack as been PATCHED UP. The truth of the matter is many political analysts are beginning to doubt the takeover and defection but it is just another political spin to try to create factions in BN. i.e. “everyone looking over their shoulders”

Anwars political strategists will have to come up with something more than 916 to convince the houses in BN are going to be uprooted by the strong winds of CHANGE. The people want change but they need to change the government themselves. It hurts Malaysia’s image internationally that she is being politicised and advertised as “FOR SALE” by defections/migrations/crossovers or Sept 16 deadline to recruit enough members of parliament to change government.

MALAYSIABOLEHLAND might see the end of the film extended to another later date. Isn’t it sad when an old classmate from university days in England called me and asked,” Have the MPS SOLD themselves yet..? “…This is sad and I’m ashamed……